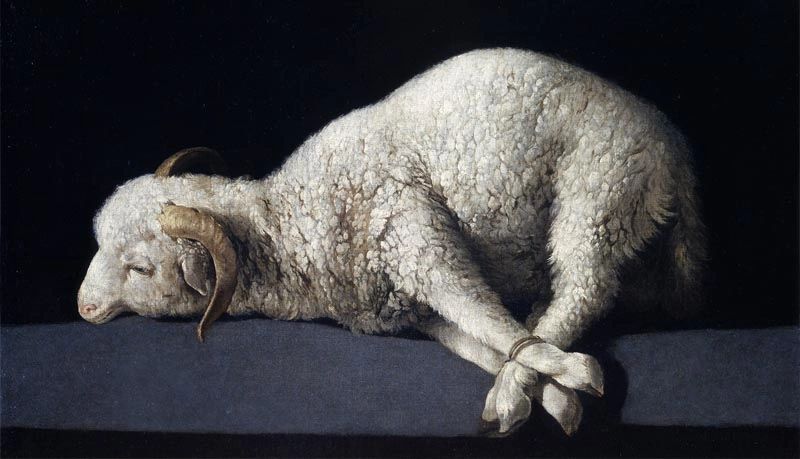 Exodus 12:6, “…and you shall keep it until the fourteenth day of this month, when the whole assembly of the congregation of Israel shall kill their lambs at twilight.”

Shachat (Strongs H7819) is one of the words for translated as “kill” or “slaughter”, but you can see by it’s first three uses that it has important Messianic roots.  The Pesach-related verse above is the third use, here are the first two:

Genesis 22:10, “Then Abraham reached out his hand and took the knife to slaughter his son.”  With Abraham, his promised son–a son born after a long and faithful wait–was to be killed by the Father on the top of a hill.  (Talmudic Judaism teaches that Isaac was actually killed, but was immediately resurrected.)   Through another miracle, a ram (with thorns wrapped around it’s head) becomes a substitute that causes the chosen son to live.   Through Isaac, all of Israel would eventually be redeemed.

Genesis 37:31,  “Then they took Joseph’s robe and slaughtered a goat and dipped the robe in the blood.”   With Joseph, the chosen son–a son born after a long and faithful wait–was dropped into the heart of the earth.  His body vanished and he was assumed to be dead.   His ascent back to life, and his rise to share power with the most powerful king, became the model through which all of Israel would be saved.

The theme of the first two uses of shachat shows us the spirit behind the killing of the Pesach lamb.   The death of the chosen and perfect Lamb will protect all of Israel from certain death.   The Lamb will free Israel, household by household, from bondage, and eventually this same Lamb will rise to share the throne of the most powerful King, proving himself to be the timeless mechanism of salvation for the whole world.

After the Pesach is killed, the word shachat becomes the word used in Leviticus for most of the sacrifices on the Holy Altar.   This seems to imply that all of the Levitical rituals only “work” if the heart of the one offering the sacrifice is honest and engaged.   If our ancestors were not thankful when offering a Thanksgiving offering, the offering had no meaning whatsoever.   If you hadn’t actually reconciled with your brother, a Peace offering was a lie and a waste.   If you weren’t repentant, a Sin offering was simply an insult to YHWH, and He hated it.  All of these truths apply to the annual Pesach.  The Pesach ritual is fraudulent unless it’s done through faith, but when our hearts and sprits are engaged it becomes the most powerful ritual in the Torah.